Sidney Lumet’s movies have been a part of my life for as long as I can remember. I saw Murder on the Orient Express when I was seven and was glued to the screen. A few years later, I was transfixed by 12 Angry Men. Some of the movie was over my head, but 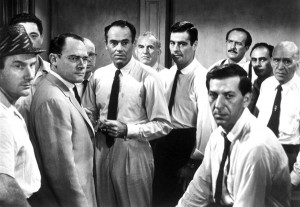 anyone who watches 12 Angry Men knows on some level that it speaks profoundly about the courage required to act as a steward of justice. Principles on paper are at risk of being shredded by the knives of prejudice when one human being is asked to determine the fate of another, something Lumet dramatizes brilliantly in that film. I also saw the movie during the period when I began to understand how movies are made and what the director’s role is.

Over and over again I would have these encounters with Sidney Lumet. During my teens I would eventually see Network, Dog Day Afternoon, Serpico, and The Verdict, among other of his films. I was a devoted fan by the time I had come of age. In my twenties, Lumet’s essential memoir about his life as a director, Making Movies, became one of the first books I ever read about filmmaking. It’s one of the reasons I teach and write about film. Add up all of this, and no other director has had more influence on my life.

Lumet holds a peculiar place in the cultural history of movies. Anyone who disputes whether he was one of our greatest directors doesn’t know a damned thing about motion pictures, yet his name isn’t known as widely as some of his contemporaries, like Stanley Kubrick, Martin Scorsese, or even Robert Altman. This has nothing to do with the quality of his movies. His career rivals the work of any of those great artists. 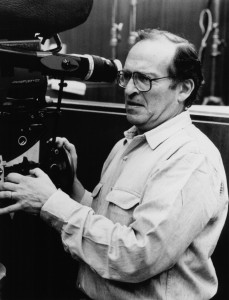 Lumet’s stardom is modest because he was modest. He indulged in little of the self-aggrandisement that makes a filmmaker’s name household. He always put the material first—before fame and before auteurist pretensions. He held actors in the highest respect and made it a priority to create a safe space within which they could work. In Making Movies he claimed his most important job is to yell “print” when he spotted the best take. He set aside ego and let his cast and crew work their own artistry. This approach earned him the unwavering affection of his actors.

Many critics have praised Lumet for so effectively using New York City as a canvas, and rightfully so. His films provided some of our most memorable images of New York, most notably Al Pacino shouting “Attica! Attica!” in Dog Day Afternoon. But the working class neighborhoods and ethnic enclaves of the city breathe with vitality in many of his films, including Prince of the City, Serpico, and The Pawnbroker.

But Lumet’s films transcend setting. His canvas was the human heart. We never forget the potential for personal triumph and tragedy in his movies. Even in Fail-Safe, as a nuclear war between the U.S. and U.S.S.R. looms it doesn’t feel like the study in geopolitics that it is. We’re watching people caught in a situation that reveals all their greatness and frailties. Lumet excelled at exposing raw nerves.

Dog Day Afternoon, for example, is essentially a comedy for its first twenty minutes as one thing after another goes wrong with a small-time bank robbery. The third robber chickens out after the robbery has already begun, Sonny (Pacino) looks like a comedic buffoon as he sprays paint on the security cameras, all the tellers ask to go to the bathroom before Sonny and Sal (John Cazale) lock them in the vault, then finally Sonny learns that the vault contains almost nothing. But the moment the police discover the robbery, the tension mounts with each moment until what began humorously turns lethally serious. In the midst of the chaos, Lumet allows a quiet moment for Sonny to dictate his last will and testament. As Lumet so often did, he facilitated a brilliant acting choice. Sonny clings to a column, the only solid thing in his crumbling life. A character that could have been an apathetic or even offensive caricature becomes a tragic anti-hero. 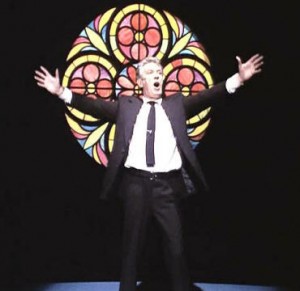 With the help of a brilliant script by Paddy Chayefsky, Lumet made one of the most prescient movies in history, the landmark Network. Want to know how television news has reached such a deplorable state in 2011? Lumet and Chayefsky had the future of TV news pegged way back in 1976 when it sold its soul to the ratings and revenue system. All the Glenn Becks, Keith Olbermanns, and Jim Cramers of the world are merely pale shadows of Howard Beale (Peter Finch). Network also coined the phrase, “I’m mad as hell and I’m not going to take it any more!” Which still says it all. Yet, Lumet again managed to inject humanity into social commentary. Beale and his old friend Max Schumaker (William Holden) are hardened by a life lived in the network cauldron, but Beatrice Straight, playing Max’s wife, uses just a few scenes to remind us that TV’s self-obsessed simulacra produce very human casualties.

Lumet certainly had his failures, The Wiz, Guilty as Sin, and his remake of John Cassavetes’ Gloria among them. That’s going to happen in a career that includes 44 features, a slew of television work, and more.

But Lumet continued to explore the dark corners of humanity even into his 80s. His last film, Before the Devil Knows You’re Dead, is as raw and risky as anything Lumet ever made. It’s a grave family tragedy that draws on Classical themes and Shakespearean plot 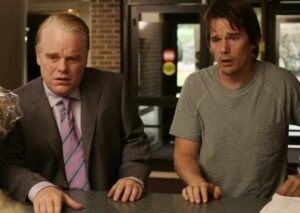 twists, but shot in gritty, modern HD Digital Video. Imagine being 82 and shooting a feature in a new format. Imagine a film by an 82-year old opening with an explicit sex scene followed by an intimate post-coital glimpse into his characters’ psyches.

I heard a story once about Alma Reville, Alfred Hitchcock’s wife, crying when she first screened Frenzy. Reville had recently suffered a debilitating stroke, and mortality was very much on her and her husband’s mind. She cried because Frenzy, with its disturbing exploration of a serial killer’s mentality, was “the film of a young man.” I felt the same way when I saw Before the Devil Knows You’re Dead. During what he must have known were his final years, one of my favorite directors was still taking risks.

May we all remain vital and relevant for so long. And may we never forget Sidney Lumet.