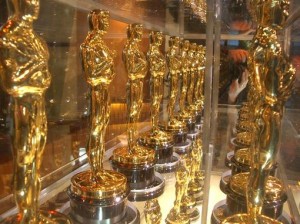 When the Academy of Motion Picture Arts and Sciences expanded their Best Picture nominees from 5 to 10 last year, it caused plenty of groaning among critics and fans. The change was obviously made to lend more movies a bit of publicity and to make the Academy seem less elitist. (Of course, if you’re worried about appearing elitist, why do an awards show at all?) And it suddenly seemed like less of an achievement to be nominated. But the bigger problem might have been with last year’s nominees rather than expanding the number.

Precious: Based on the Novel ‘Push’ by Sapphire

Up in the Air

Most people would have no problem whittling that list to only five genuinely deserving nominees. Avatar deserved all of its technical awards but was only nominated for Best Picture because Hollywood was so grateful that James Cameron’s exquisite-looking trainwreck propped up 2010’s dismal box office. District 9, Up, and A Serious Man (which drew as narrow an audience as any recent nominee) were highly questionable, too. I could also cut Inglourious Basterds without hesitation, although I know many others enjoyed Quentin Tarantino’s revisionist World War II pastiche more than I did. Still, I doubt anyone would argue it’s one of his best.

A weak 2010 definitely made the category look artificially bloated, because a year later the change is makes more sense. The 2011 nominees are a stronger overall bunch of films.

The Kids Are All Right

We may not completely agree with all of the nominations, but we could at least make a strong argument for each one. We can also start to recognize patterns that will probably become typical of the category.

The expanded list creates room for one blockbuster each year. It was Avatar last year, Inception this year. (Christopher Nolan did the Academy a big favor by making an effects-driven, money-making blockbuster that also had some brains.)

There’s now room for one or two smaller, unexpected movies. An Education and The Blind Side (and, in a way, Precious) last year, Winter’s Bone and The Kids Are All Right this year. It strikes me, too, that Winter’s Bone (the Ozarks) and The Blind Side (the South) are both set in geographical areas usually ignored by the Oscars, so maybe regional stories will be more likely to get kudos.

And for two years now an animated film is nominated, which won’t be unusual anymore. More surprising will be the year when the animated nominee isn’t a Pixar/Disney film.

As a side note, the animated nominee trend actually bothers me. I’m glad to see animation getting respect, but it’s unfair that animated films can be nominated in two categories while the same possibility doesn’t exist for live action films, except for foreign nominees. It’s also pretty clear that some types of animation are going to get preferential treatment when it comes to the Best Picture nominations. Neither Up nor Toy Story 3 offered the best design or most innovative animation of their respective years. But both are character-driven, highly emotional dramedies, which Academy voters love (nevermind that the characters in Up looked like they came from three different movies).

Despite that criticism, I’m beginning to like having ten nominees because when the nominees are legitimate, as they are this year, the Best Picture nominations create an effective glimpse at the movies most likely to matter years from now.

Down the road, historians and nostalgic fans can look back at the 2011 Best Picture nominees and see a not perfect but very good summary of the films that gave 2010 its identity.  These are the films we talked about most and, without the benefit of hindsight, seem most likely to endure. And that’s a lot more valuable than the endless arguments over which films were shut out of a 5-nominee field.