“Fallen Kingdom” is a new low in the series. With all the resources that were available to Amblin, Legendary, and Universal, it is really shocking that this collaborative effort produced such a wrong-headed narrative on almost every level. 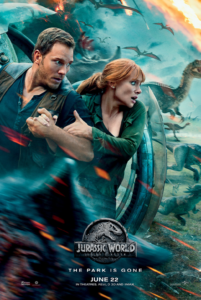 Some years after the tragic events chronicled in 2015’s “Jurassic World,” the man-made dinosaurs once again control the island. But a volcano now threatens their existence, promising yet another extinction level event (at least for them). Congress debates whether to intervene. We get an extended cameo featuring series veteran Dr. Ian Malcolm (Jeff Goldblum) in which he once again spouts the most logical course of action—let them die on the island. 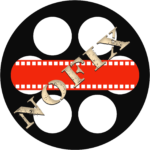 Meanwhile, an ecological group led by Claire Dearing (Bryce Dallas Howard) is lobbying to save the dangerous creatures. Somehow, Dearing isn’t perpetually involved in on-going wrongful death litigation as both a witness and likely defendant. Okay, this is explained in a news report that informs us that almost a billion dollars has been paid out to victims and their families. I’ll bet the legal wrangling immediately after the park disaster was more exciting than anything in “Fallen Kingdom.”

Anyway, as part of Dearing’s environmentalist cause (which effectively pours salt into the wounds of the victims), she’s recruited dino doctor Zia Rodriguez (Daniella Pineda) and computer expert Franklin Webb (Justice Smith). When Dearing’s political efforts fail, her team is recruited by billionaire Benjamin Lockwood (James Cromwell) and his second in command Eli Mills (Rafe Spall) to relocate a number of the animals to a new island. Of course, there are sinister forces at play that promise to ruin everything. Or do they?

“Fallen Kingdom” suffers from a terribly idealistic ideology. And ironically, the characters most capable of protecting the creatures (from us and themselves) might very well be the bad guys. At one point in the film, Toby Jones plays a cartoonish auctioneer, who specializes in bringing in shady billionaire buyers for the animals. Of course, these guys are led by Russians. The cliches flow freely.

But the underlying theme is that the animals should be saved. But at what cost? Given the fact that the origin of their existence is due to genetic experimentation, which created the hybrids (I seem to remember that frog DNA may have been involved), the creatures are not part of nature’s plan. And just as it is argued that Earth’s climate is being adversely affected by use of fossil fuels, the creation of these dino-hybrids can be properly categorized as a threat to mankind. Certainly, letting them die is a reasonable choice. And since the science that resulted in their creation is readily available, the loss is not an extinction event.

But the leaps in logic don’t end there. The idea introduced in “Jurassic World” about militarizing the animals is continuously floated vaguely again here. At one point, a character explains that for centuries man has used animals (horses and elephants, for example) on the battlefield. The implication is that dinos will be the next evolution in warfare. But that theory is ridiculous in that it ignores the creation of the tank, the machine gun, and even the missile, all of which replaced the obsolete use of animals on the field of battle. And the brief demonstration of using dinos for military purposes is almost laughable.

At one point, it is shown that a laser marking of a target with a sound cue can cause a hybrid-dino to go on a focused killing rampage. So, let me get this straight, you mark the target, but instead of simply shooting or bombing it, you let the dino do the killing in a much less efficient and possibly even far more expensive way. This is just silly! I suppose the barbaric nature of death by dino has a masochistic angle to it that might be attractive to a third world dictator. But its practical use as a modern warfare tool is dubious.

Still, “Fallen Kingdom” isn’t required to make sense in order to be entertaining. Therefore, as the franchise veers into “Transformers” territory, the emphasis is squarely on providing a platform for the chase-kill-chase-kill narrative. But the incongruities of the story make even these scenes tough to enjoy. Viewers in the theater I watched the film with kept sighing loudly and whispering things like “what the….” It’s all a little too much to accept, which undercuts the action extensively. 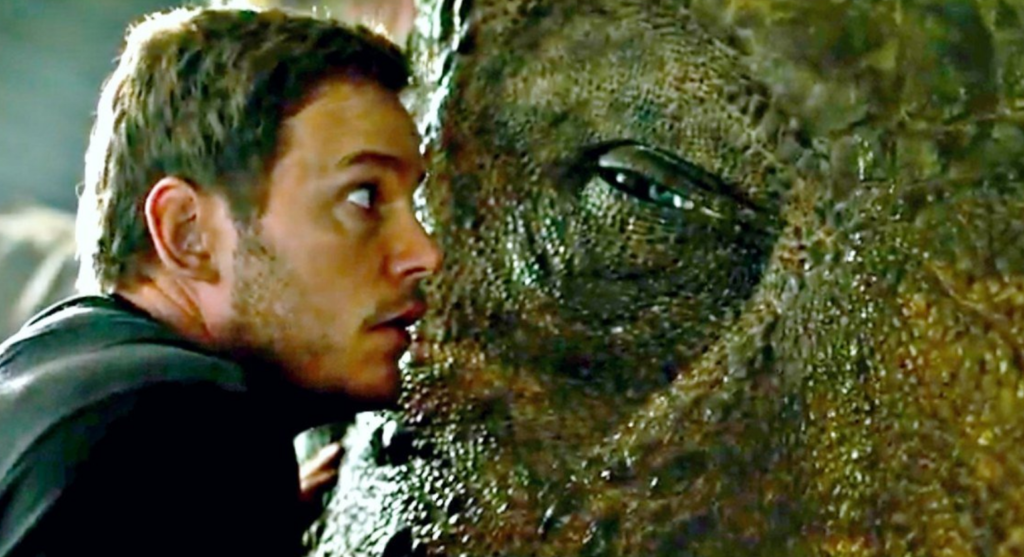 Unforgivable though is the ineffective use of Chris Pratt’s natural comedic charisma. “Fallen Kingdom” is not funny. Aside from a few cornball moments, the material intended as “jokes” falls repeatedly flat. Pratt is reduced to running, yelling “run,” and jumping about to avoid obvious CGI dangers.

This leads me to the effects. Most of the film is shot in darkness, with loads of rain. The original movie gave us dinosaurs in the bright light of day as they roamed the countryside. And it was an awesome sight to behold. Here we get very little spectacle. And there’s nothing awesome or inspiring visually or how the images convey a meaningful story. How many times can a roaring dino impact us? There’s nothing new here to experience.

Frustrating and, at times, nonsensical to the extreme, “Jurassic World: Fallen Kingdom” fails to capitalize on the promise hinted at with the last flawed, but fun, installment. Hopefully, the next film will find something interesting and worthwhile to do with the concept of reintroducing the Jurassic age into our modern times.