Earnest but awkwardly written and produced, “MDMA” is an R-rated after-school special with its heart in the right place. 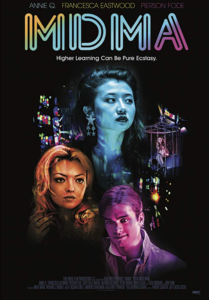 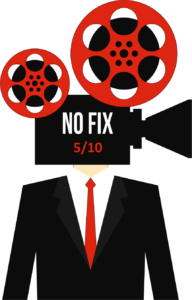 Formerly titled “Cardinal X,” “MDMA” is based on writer/director Angie Wang’s real experiences in the 1980s, when she built a criminal enterprise making and selling the party drug known then as Ecstasy (or MDMA or “Molly” today). Wang, a first time filmmaker, whose professional background is in business, has the cast and resources to construct a good film, but instead, the movie is a clumsy hit-and-miss tale.

The story follows Angie (Annie Q.), who heads off to a private college in the big city, leaving her hard-working, single father back in New Jersey. Immediately, she settles into the party lifestyle, getting a boost from her roommate Jeanine (Francesca Eastwood), who reveals a hidden cache of liquor in a suitcase. A smart and attractive co-ed, Angie uses her street savvy to dominate the local scene. But when her father (a very good Ron Yuan) tells her that he can’t afford to pay for her expensive education, she turns to the school laboratory to synthesize a then legal combination of chemicals for resale to fellow nightclubbers. Almost immediately, Angie becomes something of a Walter White chemist, and she’s making money hand-over-fist. 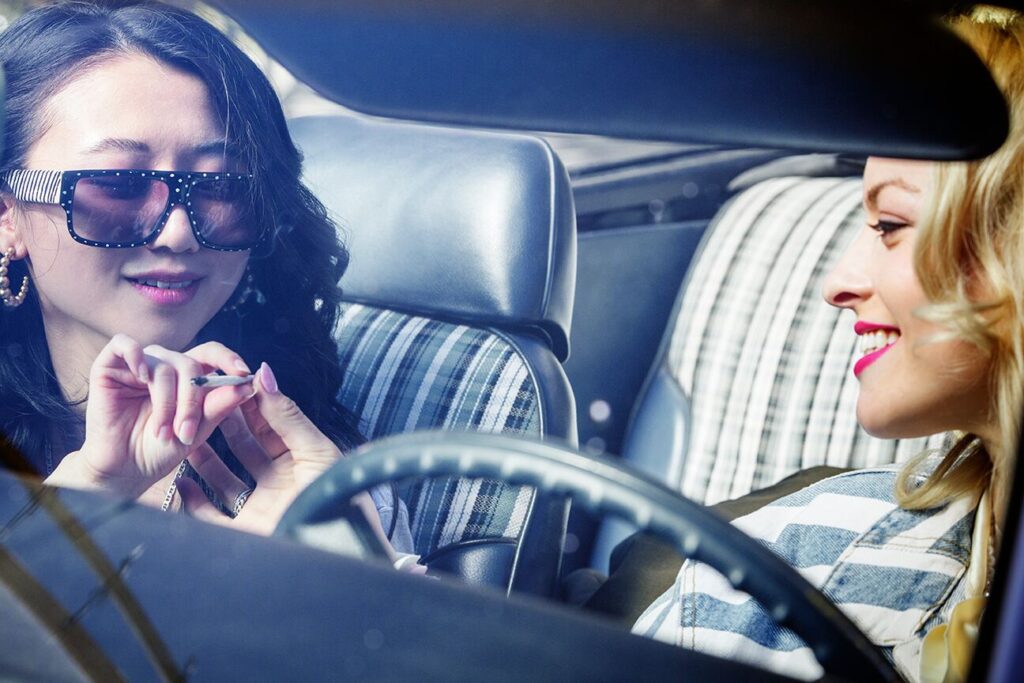 As her grades slide, and Angie gets into bed with a dangerous drug-dealer named Lior (Noah Segan), school becomes less and less important. Angie’s headed for a major crash. But maybe she can right the ship with help of her straight-laced friend Tommy (Scott Keiji Takeda), who’s in love with her.

“MDMA” suffers from a number of technical issues that remove the viewer from the experience. It’s shot by talented cinematographer Brett Pawlak. But even though the quality of Pawlak’s work in the past speaks for itself, “MDMA” is a terribly inconsistent looking film. Framing is largely all head and shoulders with conversations lacking adequate coverage to make us feel like the characters are actually talking with one another. And the club and party scenes, aside from the random opening sequence, lack any sense of authenticity. Part of this may be production design, but I kept wondering whether they just did not have time to get the shots that would have sold the sequences more fully. See Pawlak’s excellent work on “Short Term 12,” and compare what he does here, and you will immediately know what I’m talking about. 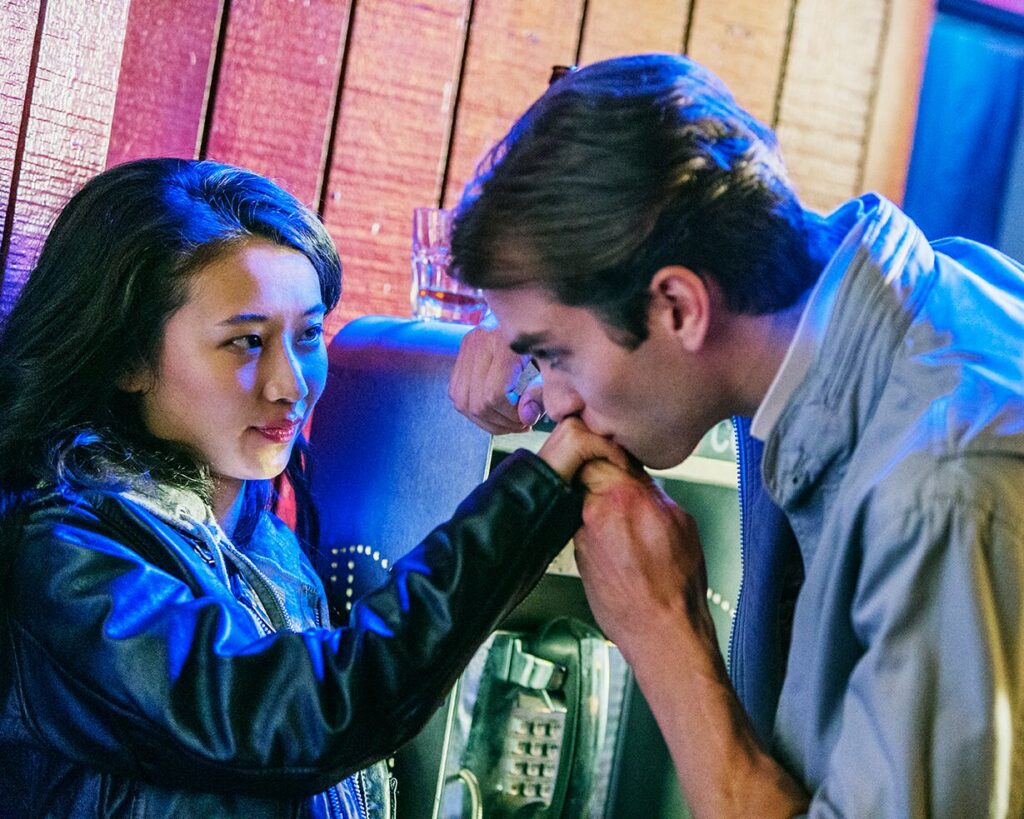 Director Wang’s script has many locations. Therefore, Pawlak and his team had the daunting task to get a number of setups done on a small budget in a short period of time. This is not the director of photography’s fault. Someone should have cautioned Wang on how this ambitious filmmaking approach would affect the finished product.

But beyond the camerawork, ”MDMA” is edited poorly and the color has little intention or life to it. For a film set in the 1980s, it sure doesn’t feel of the time as far as color, which runs the spectrum without purpose. Scenes are not edited with any sense of importance. Cross-fades, dip to blacks, and other transitions are odd, but this may have more to do with the script than the technical aspects of editing. 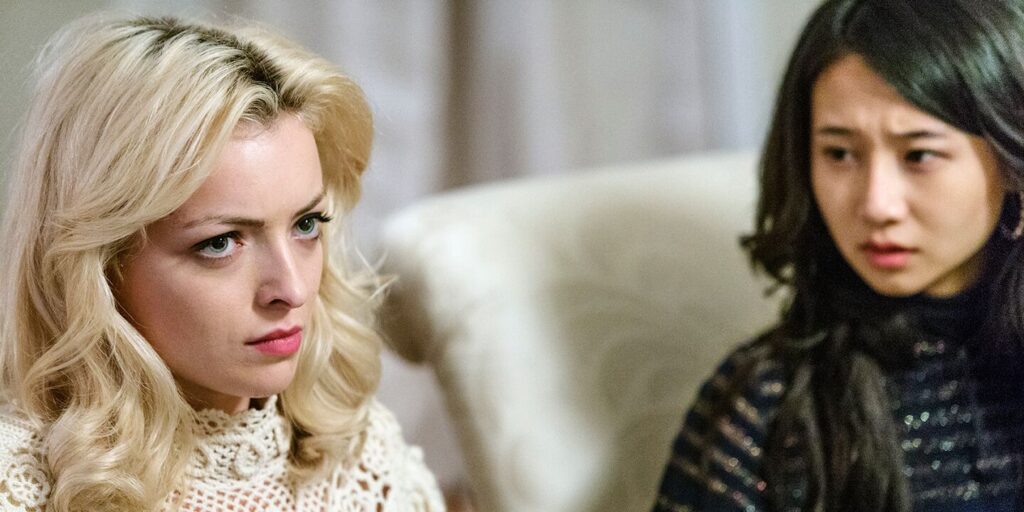 Wang’s script needed another set of eyes. She gets sole writing credit here and is listed as a producer. It’s obvious that no one was on hand to tell her that dialogue was stilted and hackneyed in places and that the shape of the film needed adjustment. The narrative is mainly told in flashback, I suppose, given the timing of the opening sequence in a nightclub where Angie takes drugs and dances on an elevated platform in revealing party-gear. This scene, in particular, is never quite reconciled with the rest of the story, although it appears this is a rock-bottom moment for the character. Also, many of the individual scenes themselves don’t have a beginning or an ending that coherently connects with the rest of the story. Talky and plodding exposition replaces any effort to show us what is happening. It’s an ungainly constructed movie, but a construction that lacks motivation. This effectively undercuts the otherwise sincere thematic elements of the story. 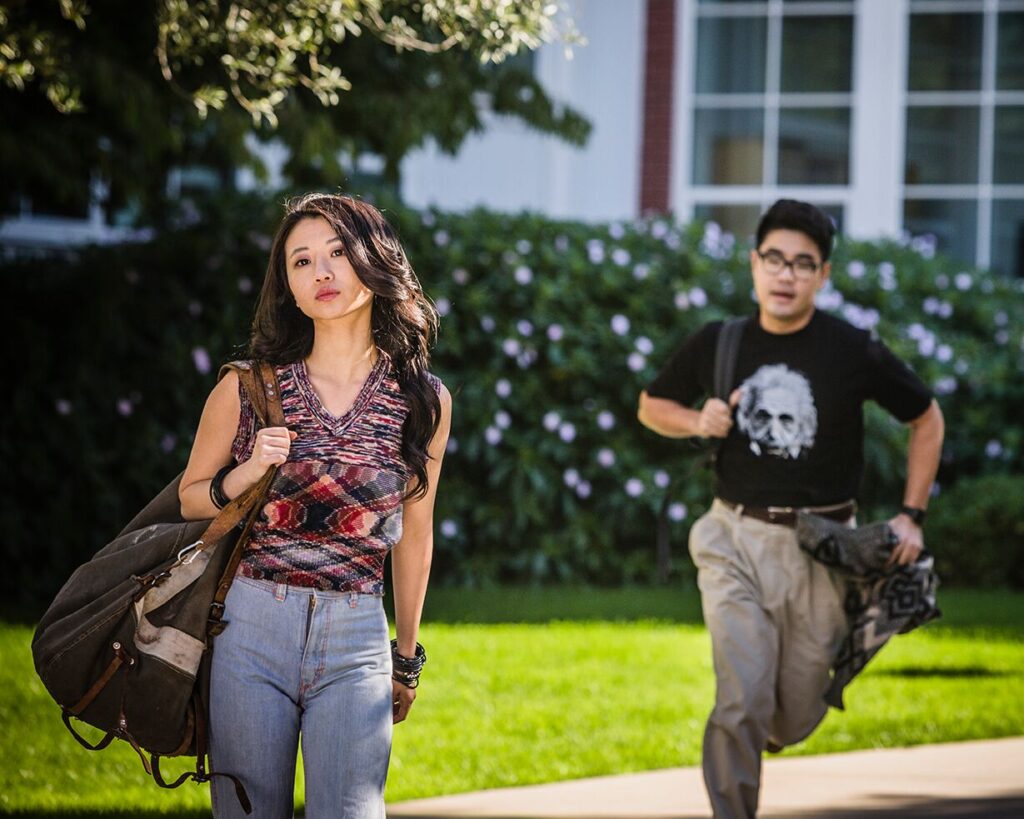 But, to be fair, Wang’s trying to deliver a cautionary tale, and she does accomplish this goal. Still, like, say, last year’s “Holden On,” a much better made, but still limited film about a young person caught in the grips of drug abuse, the target audience will unlikely be patient enough to watch it. And this calls into question who the audience is for this kind of material? Is Wang reaching out to parents who grew up in the 1980s in an effort to warn them?

In order to capture the time, Wang has purchased the synchronization rights to several 1980s hit songs. This had to cost a pretty penny. While a wave of nostalgia washed over me hearing the old tunes, I still didn’t buy that the movie was set in that time period. It’s a shame, because Wang’s story is a potentially good one that fails to resonate as a feature motion picture.

“MDMA” is a personal memoir that should have been given better cinematic treatment.