Bringing the glee back to the MCU, “Ant-Man and the Wasp” is light, funny, family entertainment. 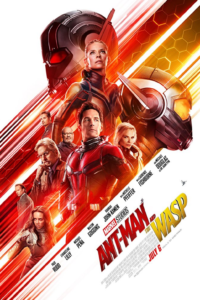 Picking up following the events covered in 2016’s “Captain America: Civil War,” Scott Lang aka Ant-Man (Paul Rudd) has been cooling his heels on house arrest, due to breaking the law and joining the superhero renegades in Germany. In a world where superheroes exist and technology can shrink whole buildings, the authorities keep tabs on “dangerous” outlaw Ant-Man with a dated GPS ankle monitor. But, no matter, Lang is a good guy, despite his larcenist past. He desperately wants to play by the rules and be able to visit with his daughter outside the confines of his San Francisco residence.

Meanwhile, Dr. Hank Pym (Michael Douglas) and his daughter Hope Van Dyne (Evangeline Lilly) have been carefully constructing a new lab in which to explore the quantum realm. And when they open a doorway to that tiny, tiny world, something is unlocked in Lang. This naturally leads to the gang reuniting. But threatening to stop their efforts is a host of characters including a phase-shifting villain named Ghost (Hannah John-Kamen). 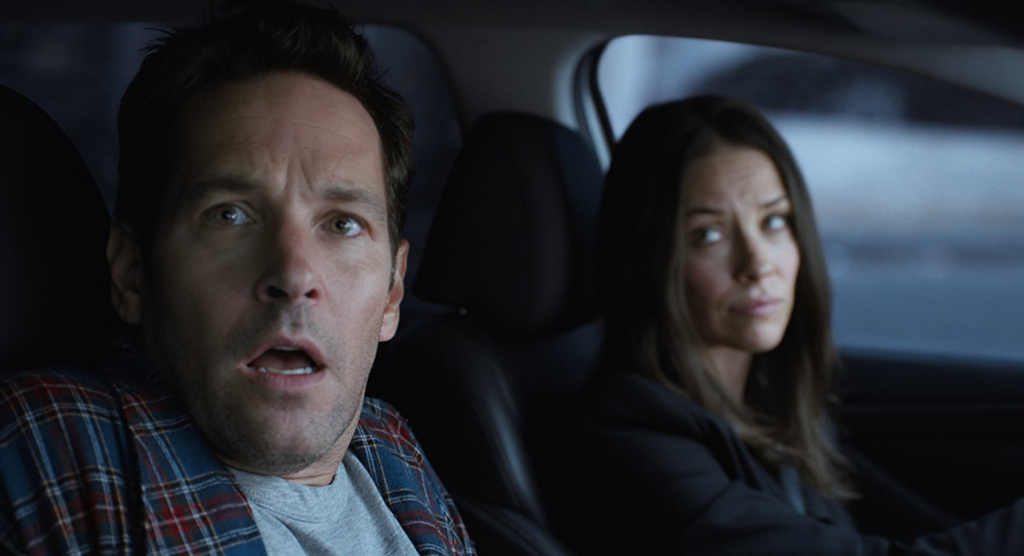 Credited to five writers, including star Paul Rudd, this adventure is wacky and funny, but the comic mayhem does grate on viewer patience. While fun is had early, the shrinking effects wear thin especially if you think about them practically. For example, Pym’s lab is housed in an old office building. With a snap of a finger, he can shrink it to the size of a rolling suitcase—complete with a cute little, extending handle. 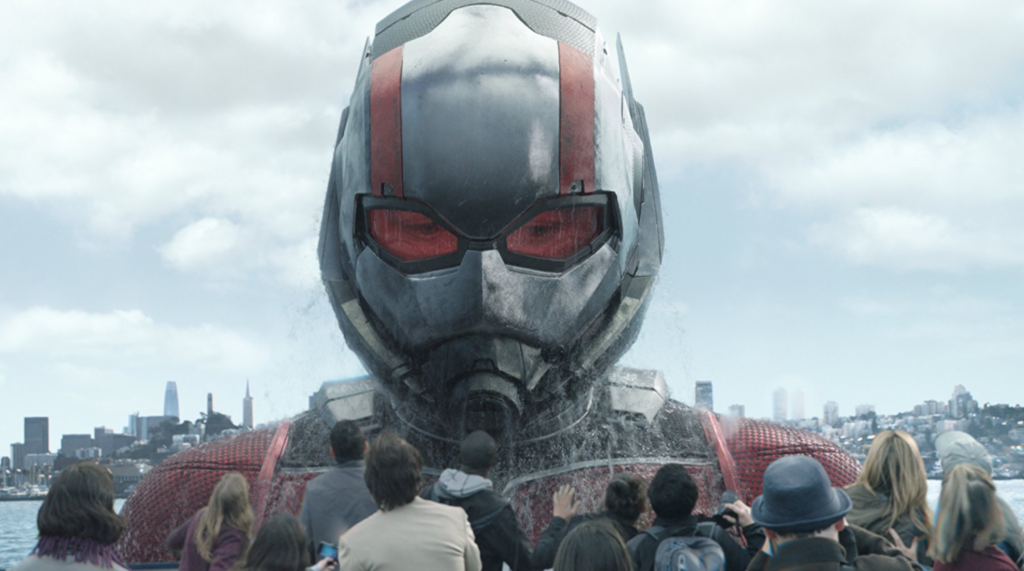 But the cute shrinking joke is used to maximum comedic effect, and the laughs do come. This is especially true anytime that Michael Peña is on screen. Thankfully, Peña, who plays one-punch master Luis, gives us his fast-talking story sequence in which he relays events from his past, while characters lip-sync to his narration. It’s consistently amusing and a highlight of the movie.

Other charms abound, like Michelle Pfeiffer playing the brilliant Janet Van Dyne. Her relationship with Douglas is solid, and I’d like to see more of her in the MCU. Judy Greer and Bobby Cannavale reprise their roles as mom and step-dad. It’s a heart-warming modern family unit as Greer and Cannavale hug-it-out finding the cuddly Lang irresistible. And Randall Park, playing a federal agent assigned to watch Lang, is utterly charming in a “I love you, man” bromance sort of way with Rudd. Their chemistry is possibly one of the best new relationships in the MCU. Look for that to continue.

Sadly, the great Walton Goggins is again given the thankless role of a smarmy villain, in this case a black market, technology dealer. He’s neither scary, nor really that funny. It’s an artificial character that we’ve seen written better is other films (Sam Rockwell as Justin Hammer comes to mind).

Showcasing Marvel’s funny, family-friendly side, “Ant-Man and the Wasp” is just fine. And given the heavy narrative that played out in “Infinity War,” it’s a tiny reprieve from all the death and destruction.