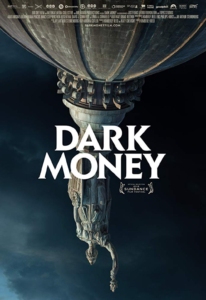 Could there be anything more sinister sounding than “dark money?” The very thought of it gives off a sense of foreboding—an ominous stirring that creeps about unseen in the shadows. And in the case of corporations that are set up with the goal of promoting a particular political objective, dark money is an appropriate description of their funding sources. You see, the donors to such organizations remain cloaked. And it is all legal.

Lurking in the background of “Dark Money” is the 2010 Supreme Court decision in Citizens United v. FEC that made the reality of legal dark money possible. And it all started with a movie, ironically enough. A conservative group from Virginia made a documentary film named “Hillary: The Movie” that they wanted to release during the election season. The film, trailer and its advertising campaign were alleged to be “electioneering communication” in violation of the McCain-Feingold Act of 2002. Much to the chagrin of the “Hillary” filmmakers, the Court did not rule on the case in time for the movie to be released during the election season, but when the ruling did come down, it was earth-shattering.

Pursuant to Citizens United, the Court ruled limits on corporate spending for political advertisements actually violated fundamental First Amendment guarantees that permitted citizens and corporations to engage in political speech. And from there, the funds flowed more freely into the election system than ever before. A new age of money in politics was born.

“Dark Money” smartly focuses on certain states that challenged the applicability of this ruling on their state laws involving local elections. Principally, we learn about state senators and representatives that were attacked mysteriously by these organizations in Montana. Filmmaker Reed and her team profile an investigative reporter named John Adams, as he follows up on leads regarding slick and possibly misleading mailers that are sent to citizens denouncing local candidates. It’s strangely apolitical to a certain extent as Republicans are attacked in primaries with outrageous mass mailings emphasizing national issues over more localized community concerns. 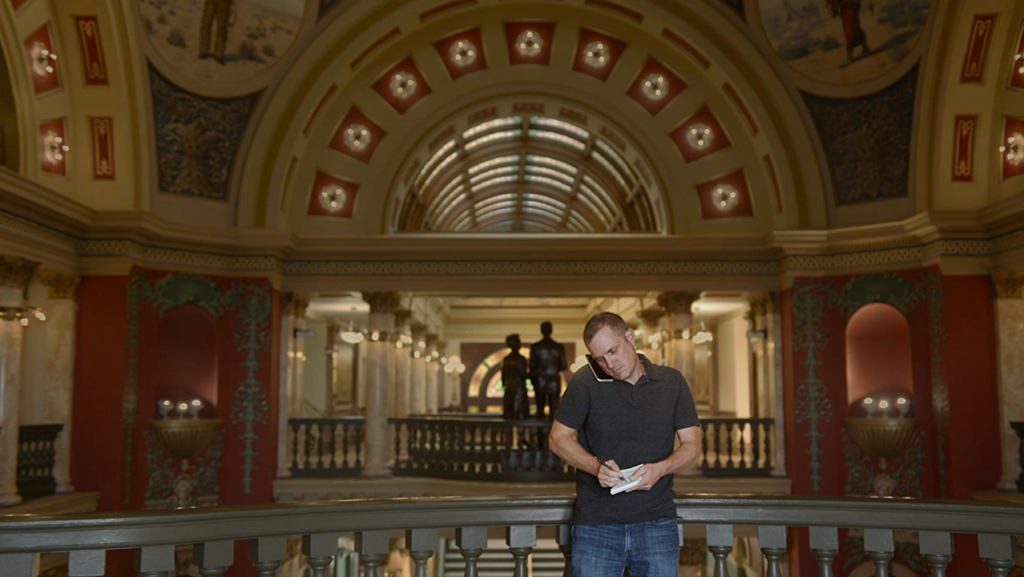 The allegation is that there is a rising group of American oligarchs that are meddling in local politics in order to take control of state resources for financial gain. This corporate thriller aspect of the film is meaty, however, the connections are not so clear. After all, the law permits this new kind of political organization to shield the identities of its contributors.

What is also telling is how Reed’s film skillfully chronicles the change in media ownership and the effect of market pressures on how news reporting is funded and operated. Adams, whose beat is that of state politics, sees his staff position eliminated. This leads the passionate journalist to strike out on his own and create the Montana Fee Press. His story, regardless of your political leaning, is inspiring as he leaves his home, sells his belongings, and becomes a nomad reporter, escaping via his truck with his computer and trusty dog as his passenger. 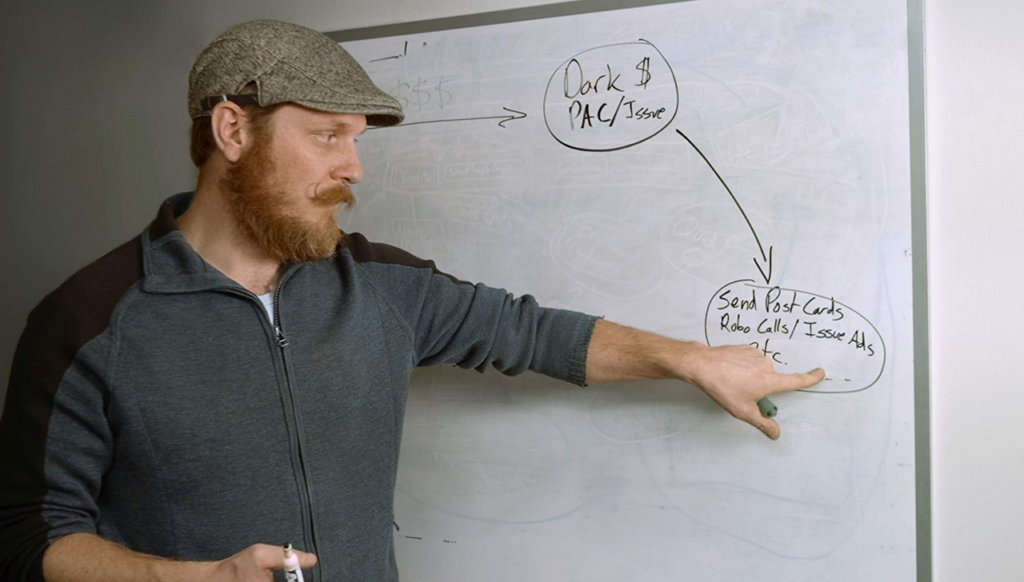 The unseen is what bothered me while watching “Dark Money.” While I may agree with some the positions taken by some of these shadowy, but nonetheless legal, organizations, their tactics are unnerving and raise a hosts of concerns. One nagging question is whether some of the money originates outside the United States. It’s a chilling thought that our elections could be controlled by individuals that aren’t even citizens and cannot vote.

But the other thought I had was the value of the vote itself. If the money dictates who is running, and faced with a slate of insupportable candidates, does it ultimately matter whether you vote at all? Of course it does. But knowing the source of the money propping up the positions taken by these candidates certainly has paramount importance. It’s time to shine the bright light day on dark money. After all, sunshine is often the best disinfectant.