Armed with a bargain basement budget and access to an actress with a following, co-directors Brian M. Conley and Nathan Ives deliver contained, gruesome horror that is hampered by a largely inert script. 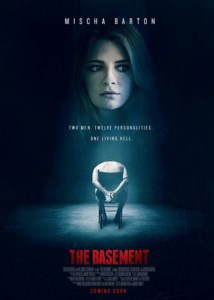 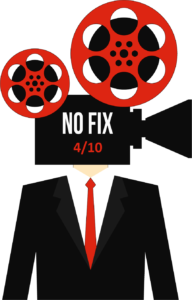 Former “The O.C.” star Mischa Barton receives top billing in “The Basement,” but she is hardly even in the film. The attractive actress spends most of the time in a modern mansion making phone calls and pining away for her musician husband. The real stars here are Jackson Davis and Cayleb Long, who do their level best with the often laughable material.

When rich musician Craig Owen (Long) is kidnapped by the Gemini killer Bill Anderson (Davis), he’s taken to a rough, cement block basement, where he’s tied to a school desk and tortured. We are made to believe that Bill suffers from a multiple personality disorder. The various “personalities” manifest themselves as unconvincing characters from a very bad one-man show. Over the course of an evening, Bill appears to Craig in various costumes starting out as a clown and ending as, well, I won’t spoil what little punch “The Basement’s” ultimate reveal might offer. And for gore fans, there’s a blowtorch decapitation teased. 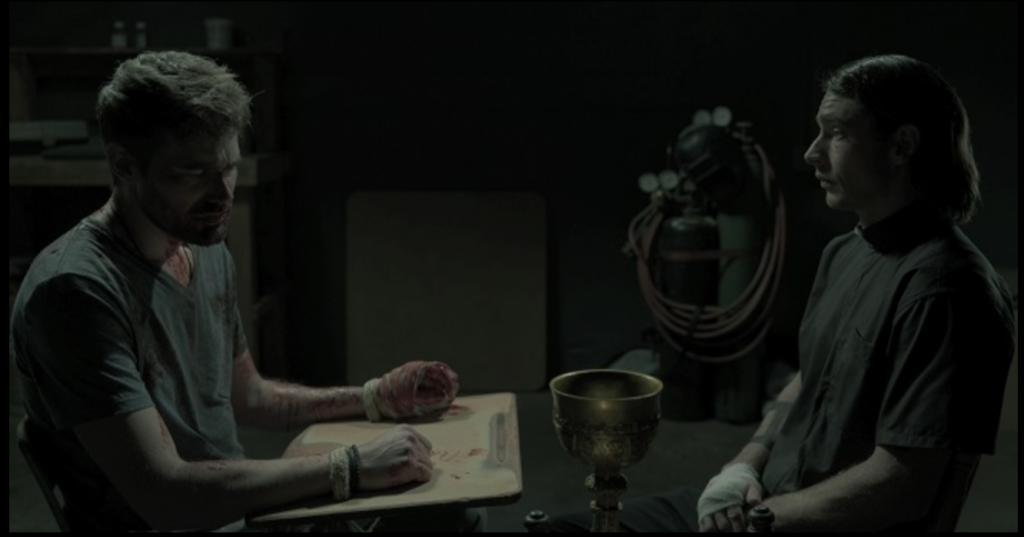 Co-directors Conley and Ives were clearly limited in resources but had access to Barton, whose name recognition guaranteed them a distribution deal. And by restricting the locations, they kept costs low. The “supporting” cast is strong, with Davis and Long up to the challenge, carrying a film that consists mainly of two actors engaging on inane conversations with random shots of nasty violence. The banal dialogue is often leaden and unintentionally amusing.

Davis tries in vain to convince us that Bill’s personality has truly altered from character to character, playing a police officer, a doctor, a prison inmate, and even a woman. But let’s face it, this isn’t “Kiss of the Spider Woman,” and certainly not on the level of M. Night Shyamalan’s “Split.” Davis, who clearly has talent, just can’t lose himself in any one of the characters he’s asked to inhabit. The fault isn’t all his, the screenplay partially written by the directors builds zero tension into his entrances and exits. And the inside-outside story, featuring Barton chatting on the phone, isn’t the least bit engaging. 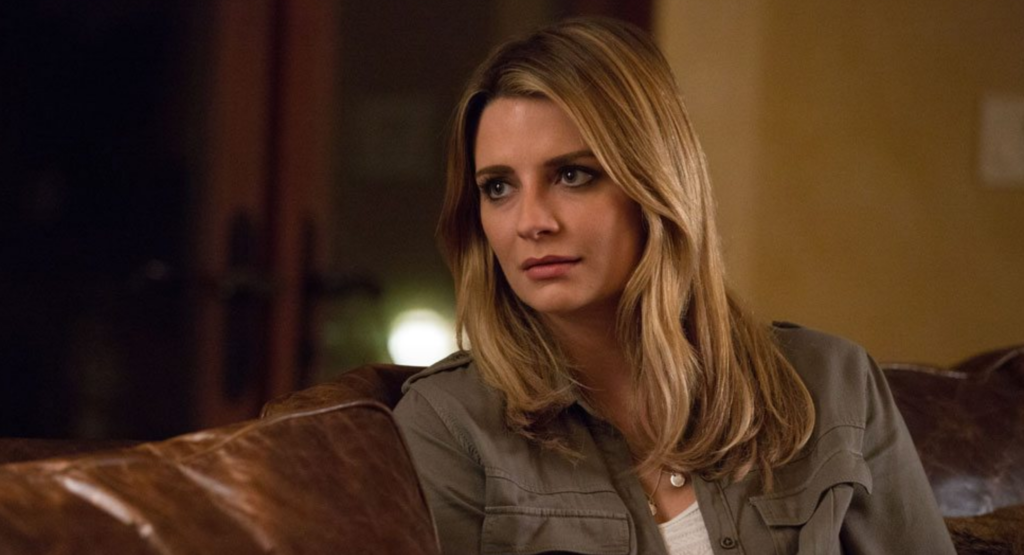 “The Basement” is shot flatly but competently by Kenneth Stipe, who does employ an interesting Snorricam shot, that is, unfortunately, quickly abandoned. But, while there is a uniform consistently to his shots, Stipe is an experienced veteran, after all, there’s little verve or spice to any of his compositions. Color is very good, but the image is a little too clean in places.

Barton’s scenes were likely shot in one or two days. One sequence, possibly done in very few takes, relies on an awkward wide angle that does not match the relative craftsmanship of the rest of the cinematography. Frankly, if Barton is going to be called the lead here, the least that the producers could have done is shoot her with some attitude and energy. The shapeless camerawork featuring Barton makes the already lifeless role even more inanimate. 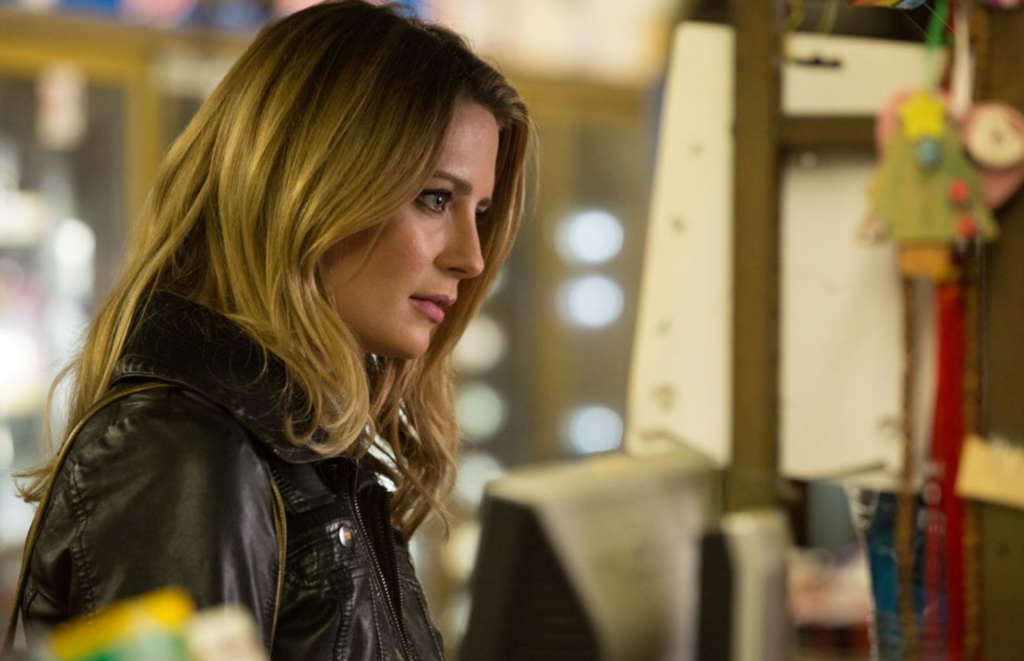 And it has to be some kind of crime to waste Barton in this way. Why not involve her more throughout the movie? We are forced to watch her talk on the phone, with no one depicted on the other end. It’s tedious and boring. It’s unforgivable. After taking this one in, I challenge you to think of 10 different ways that Barton could have been put to better use in this narrative. It won’t be hard, I assure you.

“The Basement” is a stab at capturing the torture/gore sub-genre, but it lacks a coherent and entertaining storyline outside the confines of the dirty, dangerous bunker referenced in the film’s title. If you want to see a much better use of this idea, watch Lou Simon’s “3” instead. And Barton fans should just binge on old “O.C.” episodes, because this is not her film.